We went to see the endocrinologist.

She talked to us about adrenal supression and adrenal crisis and then she checked Ivy over.

She listened to her very fast heart and palpated around her chest.

She asked, “Does Ivy have a cardiac abnormality because I can feel her right ventricle, it seems enlarged.”

I explained that we had recently had an echocardiogram and that her heart appeared structurally sound.

She noted that down and continued with her inspection.

She said ” There is some bibasal expansion at the base of her lungs, is Ivy often short of breath?”

To which I answered yes and explained that she was often breathy and wore out easily but the paed had put that down to the recurrent infection.

I was starting to feel nervous about where this was going.

She had already mentioned that I had probably risked Ivy’s life when she had pneumonia last, that I could have caused her to become comatose because I sat on her too long before presenting to the hospital, that I had been lucky to go in when I did. I could feel her eyes drilling holes into mine as she weighed up just how much of a neglectful mother I was, all the while, with a smile on her face.

and then she hit me with;

” because, she has the beginnings of clubbing on her fingers and her toes, had the paediatrician ever mentioned that?”

That is when the lump in my stomach moved to my throat.

Clubbing is a build up of tissue at the base of the nail beds. It signifies long term depletion of oxygen circulating throughout the body. It is often a sign of significant heart or lung disease.

She asked me, did Ivy have pulmonary hypertension. I answered yes but this was only discovered recently and the cardiologist and the paediatrician felt that it was related to the pneumonias

and then she said, “not with clubbing this significant. It is something long term.

To which I had no answer.

Bronchiectasis is a disease and is a very scary and significant problem.

It ruins the lungs.

It is something that I have been worrying about for some time now and have quietly voiced to David and my Mum and a couple of friends but never to the paed.

The endocrinologist asked me if we had seen a respiratory doctor and I answered no, but that I thought that was about to change. She felt that seeing a specialist was now an important and urgent thing.

The thing is this; she is an endo. She looks after the endocrine system and yes, it will be affected by the strain her body is going through but she is not a cardiologist and she is not a respiratory specialist and she is not our paed. She has not dealt with Ivy until now and yet she feels that Ivy’s management has been inadequate (shoosh, Mary, I know).

Who do I believe?

Who do I listen to?

If it is bronchiectiais it is all too little, too late. It is irreversible. However, it can be slowed down.

Our paediatrician is away now for two weeks, so I can’t run this by him.

Like the other specialists out here in the boonies, there is a very long wait for an appointment so it is unlikely that I will have any answers before he returns and I guess, there is no rush but with all these doctors giving their different opinions everything is getting very complicated and I am not sure which way to turn.

So many mixed messages. 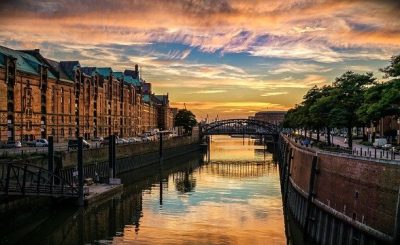 I need a holiday. Seriously.